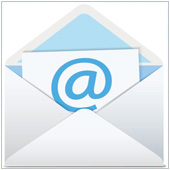 In order for email to work, systems rely on what are called protocols. These are essentially a set of rules that dictate how data moves from system to system. When it comes to email, there are currently two major protocols: POP and IMAP. While most email systems will support both, it is a good idea to know the difference between the two and which is generally better for you.

Difference between POP and IMAP

POP, or Post Office Protocol, was first developed in early 1984 and is currently in its third version (POP3). POP works by allowing users to retrieve email and download it onto their computer. Because this protocol was developed before constant Internet connections, it is meant to allow users to interact with their email on their computer and then connect to the server to send it.

IMAP, or Internet Message Access Protocol, is a newer protocol that was designed for faster and constant Internet connections. Essentially, the email messages live on the server and the user downloads copies to their computer. When the copy is sent, it is uploaded to the server which then overwrites the message and sends it to the recipient.

Which protocol should my company be using?

While most email servers will support POP, many experts agree that it is best if companies use newer email protocols. The reasons for this are:

There are some really great newer email systems out there, including servers that run IMAP protocols, and even Web-based email solutions that pretty much negate the need for email servers in the office. If you are currently using POP, it may be worthwhile to contact us to see how we can help upgrade your email solution.

Published with permission from TechAdvisory.org. Source.